If you drop and crack the 1440p Super AMOLED display, our Cracked Screen cover means we'll repair or replace it

If your phone's 12 megapixel camera gets accidentally damaged, we offer Accidental Damage cover

Following on from the Galaxy S6, the S7 made further advancements to its specification. With great power and around 80 hours battery life, the introduction of the Dual Pixel 12MP camera, the superb 5.1 inch Quad HD screen and its quality metal and glass design, it's no wonder this popular device sold 50 million units in 2016.

What's more, the Samsung Galaxy S7 has an impressive octa-core processor and is certified dust and water resistant. We know that your mobile phone can be a significant investment, which is why it's vital to protect it from damage, loss or theft. We've been insuring S7s in Ireland since they were first launched, so you can put your trust in our insurance policies.

Accidental Damage
Accidents can happen, usually when you least expect it! But when they happen to your Samsung Galaxy S7, our cover will put your mind at ease and financially reassure you.
Liquid Damage
Whether it's dropping your phone in the bath or spilling a cup of coffee, our Samsung Galaxy S7 insurance covers liquid damage. So if the worst does happen to your device, we can repair or replace it in no time.
Cracked Screen
If you've dropped your device and cracked the screen or found that it's no longer working properly, we are here to ensure it gets repaired quickly!
Loss
If you have a tendency to lose things, our cover is perfect for you as it includes loss as standard and can provide you with that added level of security.
Theft
Had your beloved Galaxy S7 taken from you? We will provide you with a replacement device and will cover you for unauthorised calls.
Accessory Cover
Whether it's a charger, your headphones or a case for your handset, we'll help protect the accessories that you love, should a theft or accident occur.
Mechanical Breakdown
If your smartphone breaks down mechanically outside of its period of warranty, our insurance policies can cover it.
Airtime Abuse
If your device has been used without your permission to make calls, downloads or messages, we can cover the cost up to value of €10,000.
Worldwide Cover
Our inclusive insurance policies allow you to travel across the globe with your Samsung Galaxy S7, safe in the knowledge that your gadget and its accessories are protected.

High-quality Samsung insurance you can count on

Is it possible to insure an old device?

We can insure older devices, however all mobile phones or tablets must have been purchased from a VAT registered UK/Republic of Ireland supplier and no more than 3 years old (from the policy start date).

loveit coverit is an established company within the gadget insurance sector. We are a specialist insurance provider with 3 decades of experience under our belts. You can trust in our brand and our mobile phone and tablet insurance policies. As part of Pier Insurance Managed Services Ltd, the company is fully authorised and regulated. 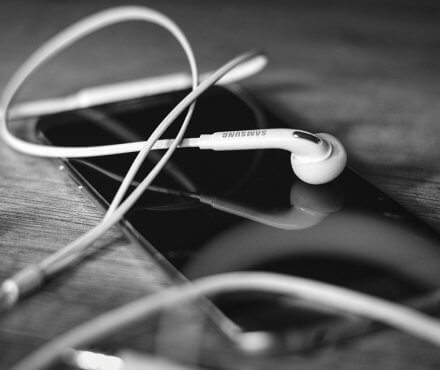 February might usually be associated with pancakes, but as us mere mortals crack open the eggs and grease our pans, those at Samsung are busy preparing for MWC 2016. And with it, we assume, the unveiling of the new Samsung Galaxy S7. It’s become a tradition to use the annual event to showcase the latest model, with a release date following shortly after, and this year looks set to be no different.

February might usually be associated with pancakes, but as us mere mortals crack open the eggs and grease our pans, those at Samsung are busy preparing for MWC 2016. And with it, we assume, the unveiling of the new Samsung Galaxy S7. It’s become a tradition to use the annual event to showcase the latest model, with a release date following shortly after, and this year looks set to be no different.

Held in Barcelona, February 22nd-25th, the biggest rumours to hit the mill are regarding the camera. One of the most popular features of the Galaxy S6 was the camera. It really did take great photos, so it’s not surprising that the company’s apparent decision to move from 16 megapixels to 12 has attracted some attention. However, it’s important to remember that that’s all they are at the moment- rumours. It’s also worth noting that the world’s most popular camera, the iPhone, also has 12 megapixels and that seems to be working out fine for Apple.

Plus it’s not just the number of megapixels that count. Far from it. The suggestion therefore, that Samsung could be set to mimic the Live Photos feature for the iPhone 6S, should be of comfort to those concerned that Samsung isn’t prioritising the camera in its latest model. It has even been hinted that the new feature will not include sound clips, making it easier to upload to social media.

It’s not the only feature that appears to have taken inspiration from the latest iPhones either, with claims suggesting that the standout feature from the S6 and the S6 Plus, 3D Touch, is very similar to a new technology featured in the Galaxy S7. It is believed that a company called Synaptics is behind the technology called ClearForce, which like 3D Touch, allows for different functionality based on the pressure of your touch. Excitingly, it could be making its debut on this very phone.

When it comes to the look and feel of the phone though, changes are expected to be fairly minimal. The Galaxy S6 and S6 Edge were quite an overhaul from previous models, so it is likely that we’ll only see a few tweaks. There are suggestions however, that it could feature a new magnesium based alloy. One that will help improve strength, whilst keeping the phone as light as possible. It could also help to release heat when the processor is working particularly hard.

There have also been reports in the last few days that there may be two different size screens available – 5.2 inch and 5.8 inch.

We’re looking forward to seeing how accurate these rumours are over the next few months!