Insurance for all iPhone 6 models from loveit coverit

We replace and repair Cracked Screens. We know how easy it is to drop your phone and have the screen crack, which is why we've got it covered.

We're aware that sometimes it's not even your fault when your phone isn't working properly, which is why we offer cover for Mechanical Breakdown.

In the event that you misplace your iPhone 6, we provide Loss Cover.

The iPhone 6 was a turning point in the development of the iPhone. Despite the iPhone 6 models being years older than the newest handsets, it is still widely regarded as an affordable Apple handset, with an improved keyboard, battery life, camera features and fingerprint scanner. However, with a larger screen and thinner aluminium and glass design, the iPhone 6 is allegedly more susceptible to bending and is therefore easier to crack the screen.

With this is mind, it makes sense to want to protect your most-loved device. If you've got an iPhone 6, 6s or 6 Plus, we've got a range of policies to suit you. From liquid and accidental damage to mechanical breakdown, theft and loss, we'll ensure your handset is protected should disaster strike.

Accidental Damage
Accidents can happen, usually when you least expect it! But when they happen to your iPhone 6, our cover will put your mind at ease and financially reassure you.
Liquid Damage
Whether it's dropping your phone in the bath or spilling a cup of coffee, our iPhone 6 insurance covers liquid damage. So if the worst does happen to your device, we can repair or replace it in no time.
Cracked Screen
If you've dropped your device and cracked the screen or found that it's no longer working properly, we are here to ensure it gets repaired quickly!
Loss
If you have a tendency to lose things, our cover is perfect for you as it includes loss as standard and can provide you with that added level of security.
Theft
Had your beloved iPhone 6 taken from you? We will provide you with a replacement device and will cover you for unauthorised calls.
Accessory Cover
Whether it's a charger, your headphones or a case for your handset, we'll help protect the accessories that you love, should a theft or accident occur.
Mechanical Breakdown
If your smartphone breaks down mechanically outside of its period of warranty, our insurance policies can cover it.
Airtime Abuse
If your device has been used without your permission to make calls, downloads or messages, we can cover the cost up to value of €10,000.
Worldwide Cover
Our inclusive policies allow you to travel across the globe with your iPhone 6, safe in the knowledge that your gadget and its accessories are protected.

High-quality mobile phone insurance you can count on

For policies prior to 1st October 2021

This insurance is arranged by Pier Insurance Managed Services Limited, which is authorised and regulated by the Financial Conduct Authority under Firm Register number 331798.

For new policies and renewals from 1st October 2021

This insurance is arranged by AGS Pier GmbH, with a registered office at Hohe Bleichen 8, 20354 Hamburg, Germany. AGS Pier GmbH is a Registered Intermediary, an insurance agent with authorisation according to § 34 d para. 1 GewO (German Trade Regulation) with registration number: D-DWGU-041S5-44.

Your policy is administered by AGS Pier GmbH (UK Branch).

If my iPhone does not appear on the list, can I still insure it?

Yes, of course. We try to ensure that our list is complete and up-to-date as the iPhone market frequently changes. Please contact us with the details of your iPhone model and we will confirm if we can cover it.

I have an older iPhone, can I still insure it?

Yes we will insure old iPhones, however the phone must have been purchased from a VAT registered UK/Republic of Ireland supplier within the last 3 years (from the policy start date). You must be able to support this by providing a valid proof of purchase document.

loveit coverit is an established company within the gadget insurance sector. We are a specialist insurance provider with 3 decades of experience under our belts. You can trust in our brand and our mobile phone and tablet insurance policies. As part of AGS Pier GmbH and the parent company, Pier Insurance Managed Services Ltd, the company is fully authorised and regulated. 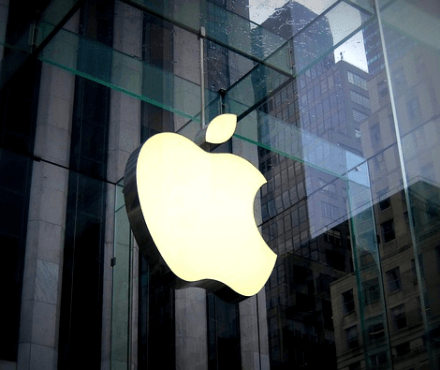 There was so much speculation in the build up to last week’s Apple launch, that we half expected the new iPhone to arrive complete with its own cape and superhero powers. Whilst it does boast some impressive new features, it seems unlikely at this stage to be able to make you invincible. Nevertheless, we thought it might be interesting to take a look at just how many of these rumours materialised.

There was so much speculation in the build up to last week’s Apple launch, that we half expected the new iPhone to arrive complete with its own cape and superhero powers. Whilst it does boast some impressive new features, it seems unlikely at this stage to be able to make you invincible. Nevertheless, we thought it might be interesting to take a look at just how many of these rumours materialised.

The name of the new device itself was subject to a lot of speculation. Many were unsure whether Apple would follow their usual format and go for the IPhone 6s, or skip straight to iPhone 7. The slightly more radical out there even wondered whether the brand would break the mould and go for something completely different. Alas, Apple stuck with iPhone 6s and iPhone 6s Plus.

Another rumour that began to circulate in the build-up, was over the number of new phones. The internet seemed quite divided on this, however in the days leading up to the event, tech lovers seemed pretty unanimous that two devices would be unveiled.

When it comes to the actual features themselves, it appears the guesses were just as accurate. A lot had been spoken about the new pressure-sensitive touchscreen, and sure enough, the “3D Touch” technology can detect various different types of tap. The standout feature can distinguish between lighter touches and longer presses for different purposes.

Improved battery life, faster processors and an updated 12 megapixel camera were also pretty standard developments, but one feature that appeared to go undetected until the launch was a new import feature. Not willing to be outdone by Google’s Android phones, Apple Marketing Chief, Phil Schiller, explained that the feature would make it easier to copy content from Android phones.

In terms of the appearance, things remain relatively unchanged, however the new rose gold colour was a nice surprise and is likely to be quite popular.

Perhaps the most surprising thing about the event though, wasn’t so much the phones themselves, but the sheer amount of announcements. The iPhone 6s and iPhone 6s Plus were almost overshadowed by the iPad Pro, not forgetting updates to Apple TV as well as information on the Apple Watch. The event certainly didn’t disappoint, and we’re expecting a big commotion on the morning of September 25th.

Apple may have made their models more durable with 7000-series aluminium, the very same alloys used in the aerospace industry, but that doesn’t mean they are indestructible. If you loveit, coverit.

Jessica was very helpful, quick to respond and professional.

A fantastic insurance company .. helped me through every step of my claim and did everything to keep the whole procedure simple .. highly recommended

loveit coverit
Our Policies
Our Cover
Our Cover

Gadget
Insurance
We use cookies to ensure that we give you the best experience on our website.
More details